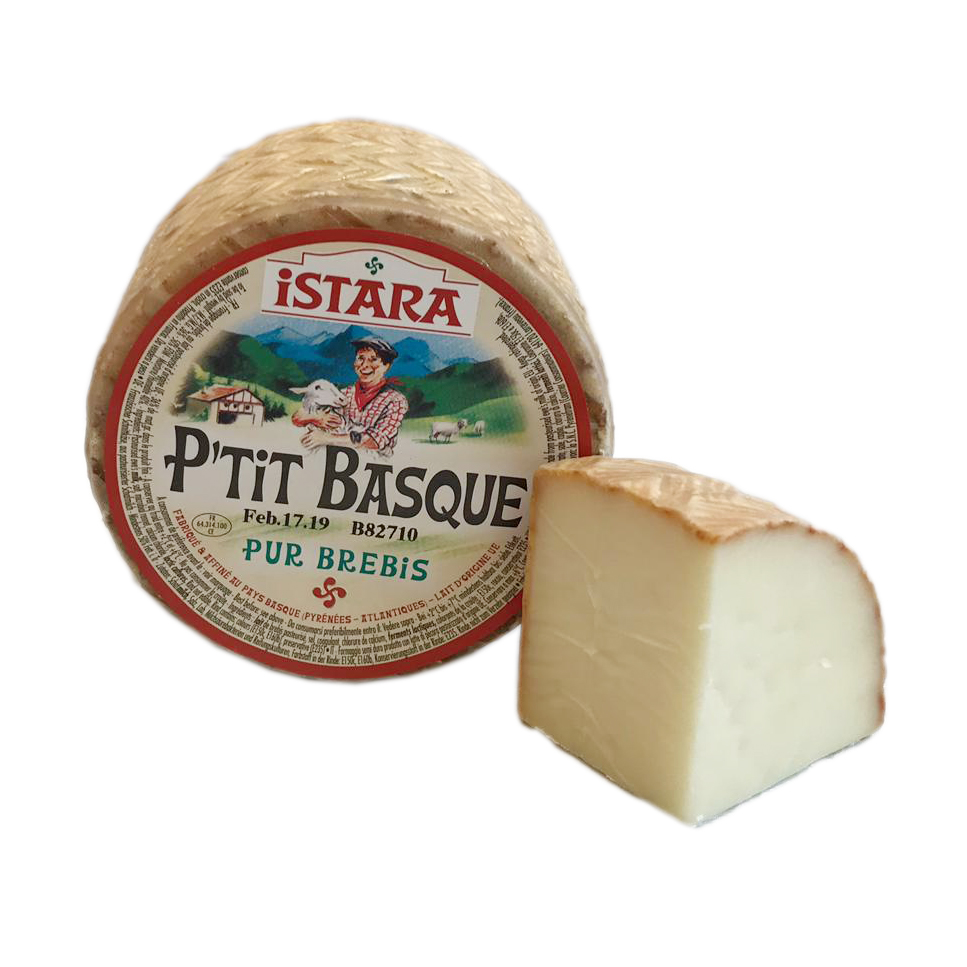 Country of Origin: France Milk-type: Pasteurized sheep’s milk This easy-going, but complexly flavoured, firm-pressed sheep’s milk cheese is the perfect entry point into the storied tradition of Basque cheese-making. Medium-firm with a supple, buttery consistency and a fatty mouthfeel—P’tit Basque is at once fruity and earthy, with bright floral character and a balanced blend of wild grass, pineapple, stone-fruit, and honeysuckle tasting notes. Less barny than similar Basque cheeses, and without too much intensity—this cheese still expresses much of the complexity of its more ripe, more pungent counterparts from Basque country. Straddling the boundary between France and Spain, the Basque region of the Pyrenees mountain range has it’s own cuisine apart from that of either nation within which its borders lie. Basque culture, like Spanish, has historically relied more upon sheep and goats as source of dairy, than upon cattle. Made from pressed curd of ewe’s milk, each wheel of P’tit Basque is shaped into a small cylinder using a mould which approximates the traditional woven container-moulds employed in Basque cheese-making, and which leaves a distinctive basket-weave imprint on the outside of the cheese.