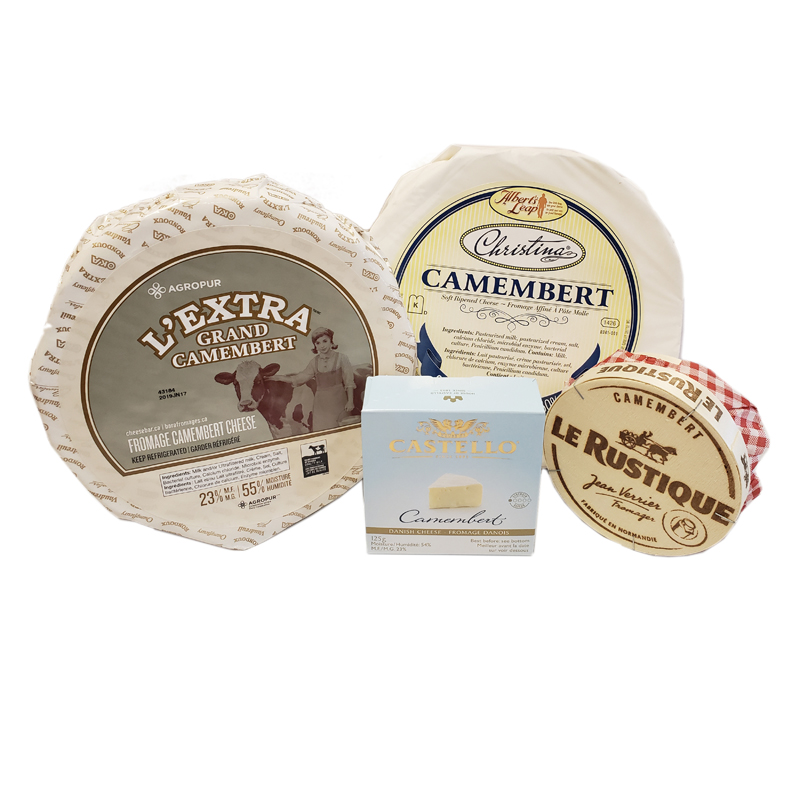 Camembert is a soft Cow’s milk cheese with a chewy, bloomy rind; firmer in texture and with a riper, more earthy character than Brie, of which it is often described as a more mature version. First made in the late 18th century in Normandy, France: Camembert is traditionally made from unpasteurized milk, though many modern cheese makers use pasteurized milk instead. Nowadays: various interpreations of the original style are made throughout the world with differing degrees of vaiance from the original. AOC (in English “protected designation of origin”) varieties are still required by law to be made with unpasteurized milk, but are not readily available outside of France.